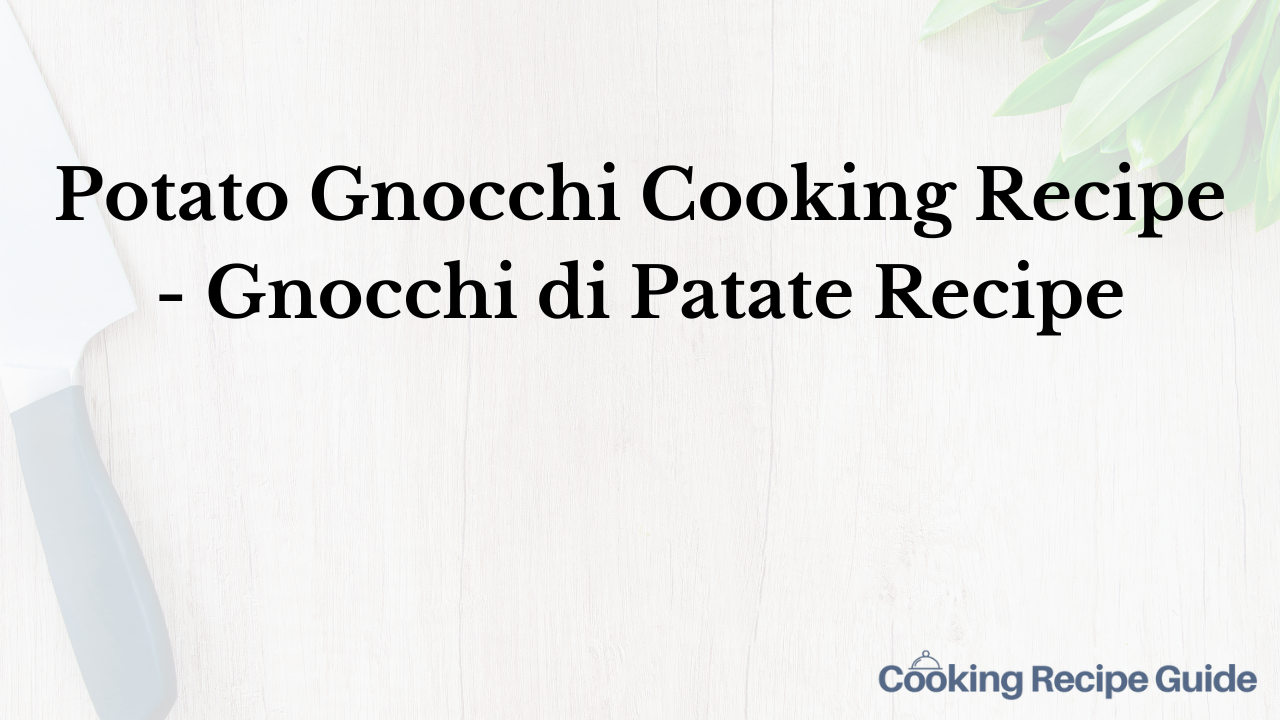 There are several theories for the origin of the word “gnocchi.” These include a link to nocchio, the Italian name for a knot in wood, and to Knochel, a Middle High German word for knuckle. It may also come from the Lombard knohha, which refers to any spherical dough shape. In the Middle Ages, gnocchi were pre-pared with different semolina flours, water, and eggs. Some, based on bread crumbs, milk, cheese, and ground almonds, were known as zanzarelli. It was only in 1700, with the introduction of the potato to Europe, that potato-based gnocchi became wide-spread. Today the term still covers several variations.

Potato gnocchi are mostly found in the North of Italy and Lazio; in the extreme North, gnocchi are made of bread (canederli), whereas toward the South, they are mainly prepared with flour or wheat semolina. There are many other traditional ways of making gnocchi: from vegetables, fish, corn flour, buckwheat flour, or cheese.

These are the best-known gnocchi. They belong to the traditional cooking of the Veneto, Emilia, and Lazio regions. It is mainly the accompanying sauces that bring variety to gnocchi. Factory- made gnocchi have nothing in common with homemade ones. Prepared by hand with good-quality potatoes, homemade gnocchi are soft, fluffy, and light. The choice of the potato is of prime importance. It must be a dry, floury variety, suitable for making puree, e.g. Russet, King Edward, or Maris Piper. Gnocchi dough should contain the least possible moisture, so cook the potatoes in their skins to prevent them absorbing water.
Finally, it is important to add only a small amount of flour to the potato, otherwise the gnocchi will become solid and indigestible. There are several methods for giving gnocchi the characteristic shape that enables the sauce to cling to them in the best way.

To make colored and/or flavored gnocchi, you can mix different ingredients with the potatoes. Increase the amount of flour a little from 1 to 2 tablespoons (10 to 20 g), depending on the consistency of the vegetables added.

To keep homemade gnocchi for a few days, cook them in water, drain, then mix them with a little sunflower oil to prevent them from sticking together.

They can then be kept for 2 days in the refrigerator or 3 months in the freezer. When you wish to serve them, immerse them in boiling water as for fresh gnocchi; they will lose their oil as they reheat. You can also bake them in the oven with a Bolognese sauce and Parmesan {gnocchi pasticciati). In this case, place them directly in a gratin dish and do not add any oil. 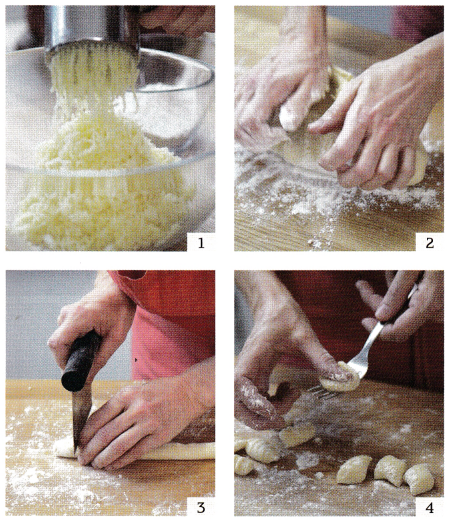 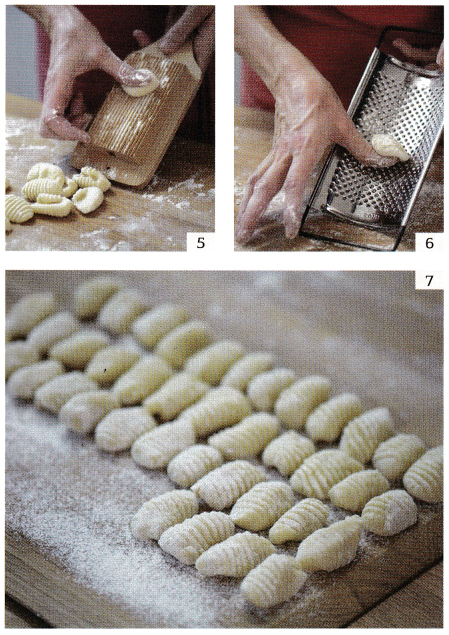