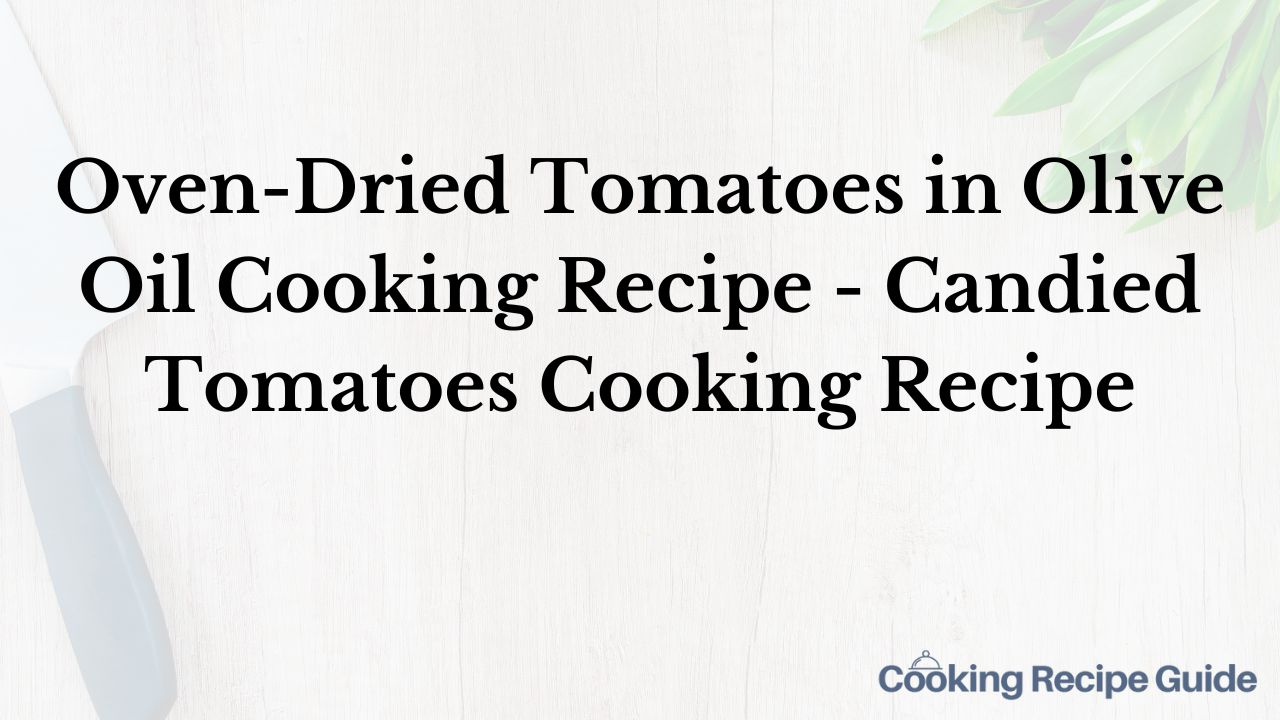 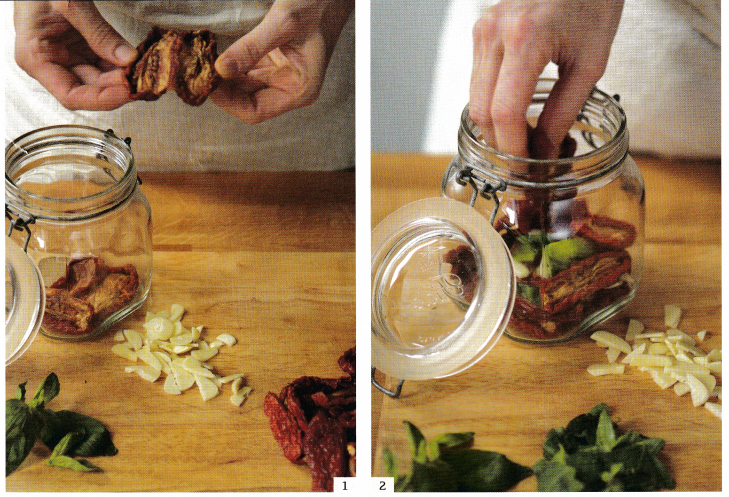 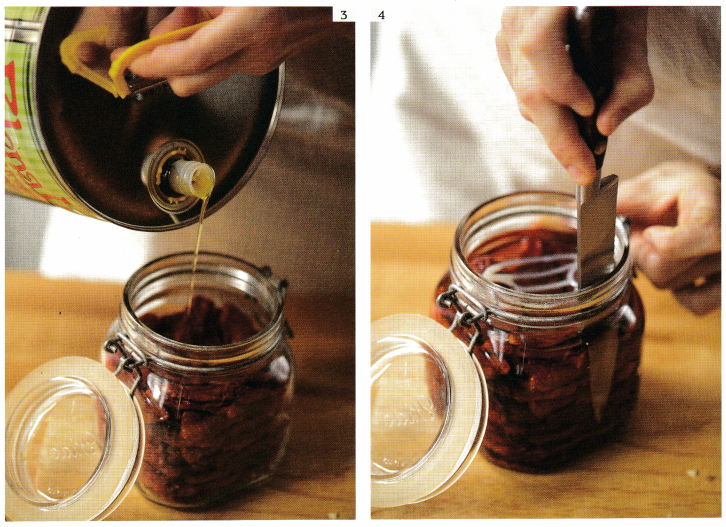 Dried tomatoes are produced mainly in the south of Italy, particularly in Calabria, Sicily, Puglia, and Liguria.
The tomatoes used are generally San Marzano plum tomatoes, the best being those dried in the sun. The tomatoes are split in two, salted, and placed on wooden lattices in the sun (and brought indoors at night to avoid moisture) for one week, until they have totally lost their juice. At home, this procedure can ‘ be done in the oven. You can rehydrate dried tomatoes a little to serve on crostini, or to enhance the flavor of a sauce. You can also preserve them in oil (see below) to enjoy as antipasto or as an accompaniment for other foods. 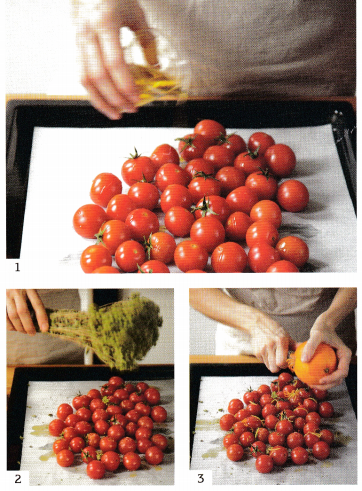 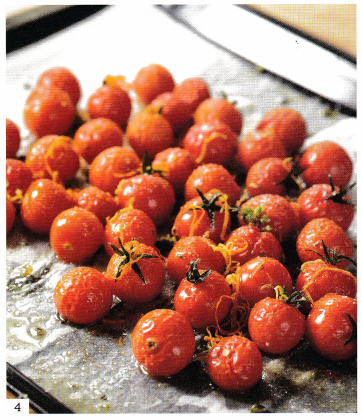 Candied tomatoes can be used in several ways: as decoration, as a flavoring, to replace fresh tomatoes, or as a preserve to accompany a dish. They also look very attractive and keep for a reasonable length of time.